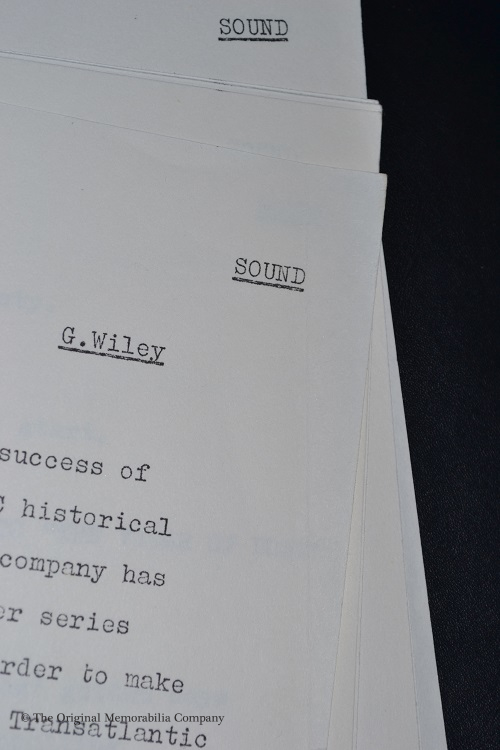 An incredibly rare Two Ronnies script from the very first series in 1971.

This is John Owen's personal 10 page production script from more than 43 years ago for the 'Elizabeth Ah-Ha!' musical sketch written by the legendary G. Wiley, the late great Ronnie Barker. Broadcast 15th May 1971.

John Owens appeared in the sketch alongside the Two Ronnies, playing a courtier.

John first worked with Ronnie Barker & Ronnie Corbett on the Frost Report in 1970 and went on to appear in every series of the Two Ronnnies apart from one.

To accompany this sale John has written a wonderful 2 page letter about his experiences with the Two Ronnies and his part in this sketch
and the iconic 'Fork Handles' sketch. A copy of this letter will be provided with this sale.

Condition of this item is excellent. It shows signs of age and has minor creasing. A small pencil notation has been made, presumably by John who has highlighted his role in the sketch.

In our opinion this piece would look fantastic framed. Details of archival framing options on request.